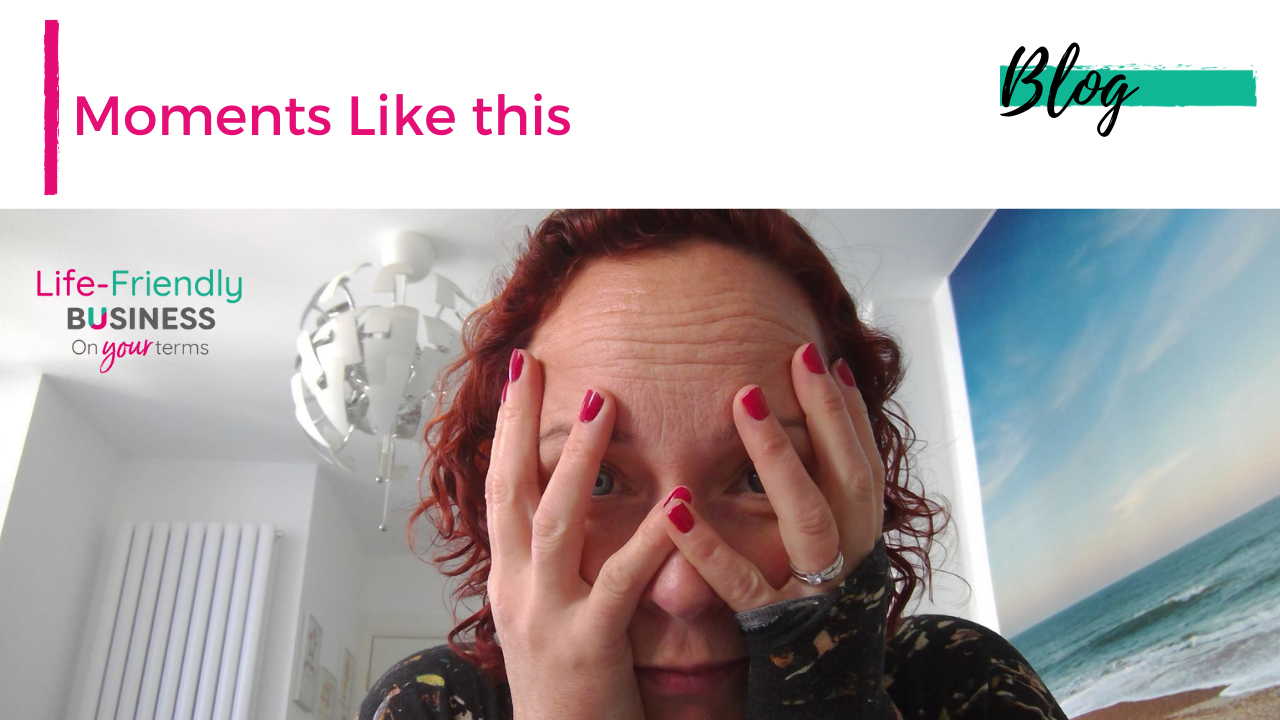 This was me last Monday. I had a huge week ahead of me with IMPACT the next day, and my new Evolve Mastermind pod starting the day after. Monday was going to be my day for going over my slides, keeping calm and practicing my talk.

But then my youngest got a heavy cold, and was so tired I could hardly wake him on Monday morning. So I spoke to school, and to be safe they wanted a PCR test before he could return.

So my well planned day for preparation went to crap.

I felt like a toddler. Inside I wanted to stomp my feet and say ‘It’s not fair!’, whilst on the outside I put my ‘Mum’ hat on, arranged the test and took him to the center. Then I set him up on the sofa with the TV (I drew the line at YouTube), and gave him lots of fruit and veg to give him a nutrition boost.

I had to work reeeeeaaallly hard to practice what I preach.

Fortunately, I’ve got really good at planning ahead, and so my slides for IMPACT were pretty much done and realistically I only needed about 90 minutes to do a run-through, which I could do whilst he watched a film.

I re-checked my priorities for the day and cut them down by a third.

Luckily the PCR came back negative at 2am on Tuesday, so he went back to school and I was able to go ahead and host the IMPACT online workshop, and then Evolve the next day. They both went brilliantly, just as I had hoped, so the crisis was averted.

I knew that even without this challenging start to the week, I would be pretty exhausted by Thursday, as I often am after putting so much energy into giving my all. And because of this, I had kept the rest of the week super light, just a couple of calls, which allowed my brain time to settle.

And because I carved that time out, I actually bounced back much faster than usual. My creative brain whirring back into action, already planning the next thing.

So my message to you is, don’t overfill your week.

You never know when a spanner will be thrown in the works, and if you’re running at full capacity all of the time, this is when you’ll reach burnout.

It’s a marathon, not a sprint. Take your time.