This week has not gone to plan... 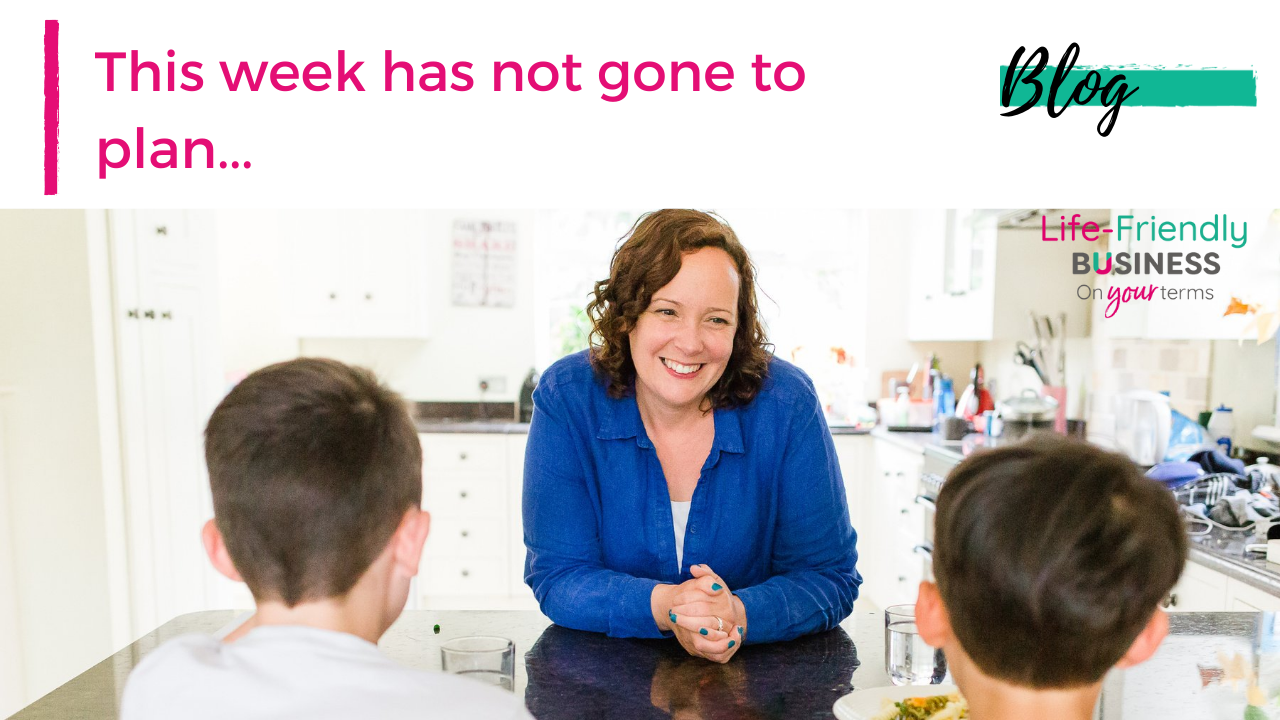 Both son #1 and I had a virus at the start of the week (not covid), and had terrible headaches, brain fog etc so I had to cancel some calls and opt for rest instead.

Then yesterday I ended up in A&E with son #2, who after play fighting with his brother on Wednesday night hurt his knee, and spent most of Thursday in the school first aid room. So off we went to hospital where after 3 hours he was diagnosed with a sprained knee and a possible fracture in his tibia.

So my week didn't pan out as expected, I had much less work time than I wanted and for most of the week my head has been fuzzy. However, there have been a few moments of dazzling clarity which have actually moved my business forward quite a bit.

And I wanted to share this because on our Evolve Mastermind call this week there was quite a lot of talk about not feeling like they were being 'productive' enough, and what it actually came down to, is that we don't feel like we are truly 'working' or 'achieving' unless we are sitting in front of our computers. This is because of our conditioning about what 'hard work' means - being tied to our desks, working late, feeling stressed.

But it honestly doesn't have to be that way.

- > You could be walking in the fresh air, reflecting on your business, and suddenly have a lightbulb moment where everything clicks into place and you realise what's been missing

- > You could be chatting to a friend, or someone at a networking meeting where an idea comes out of nowhere which will reshape your business in the future

- > You could be laying on the sofa, wrapped up in a blanket, watching a movie with your child when - because your brain is calm and quiet - the fog clears and you find a resolution to a problem you've been struggling with for months

You do not have to be sitting at your desk to 'achieve'.

You also do not have to be 'productive' every minute of your life. Allow yourself to be still. I honestly find that the more time I allow for stillness, the more creative and therefore 'productive' I can be when I actually do sit down to work.

This week on massively reduced hours I have:

But don't get me wrong, there's a lot left on my to do list. There are calls that had to be rescheduled. There are emails that still need to be responded to.

The weekend is calling, and there is always Monday...